It’s Supposed To Be Hard, Problems Are Forever (And 5 Steps To Make It Better) 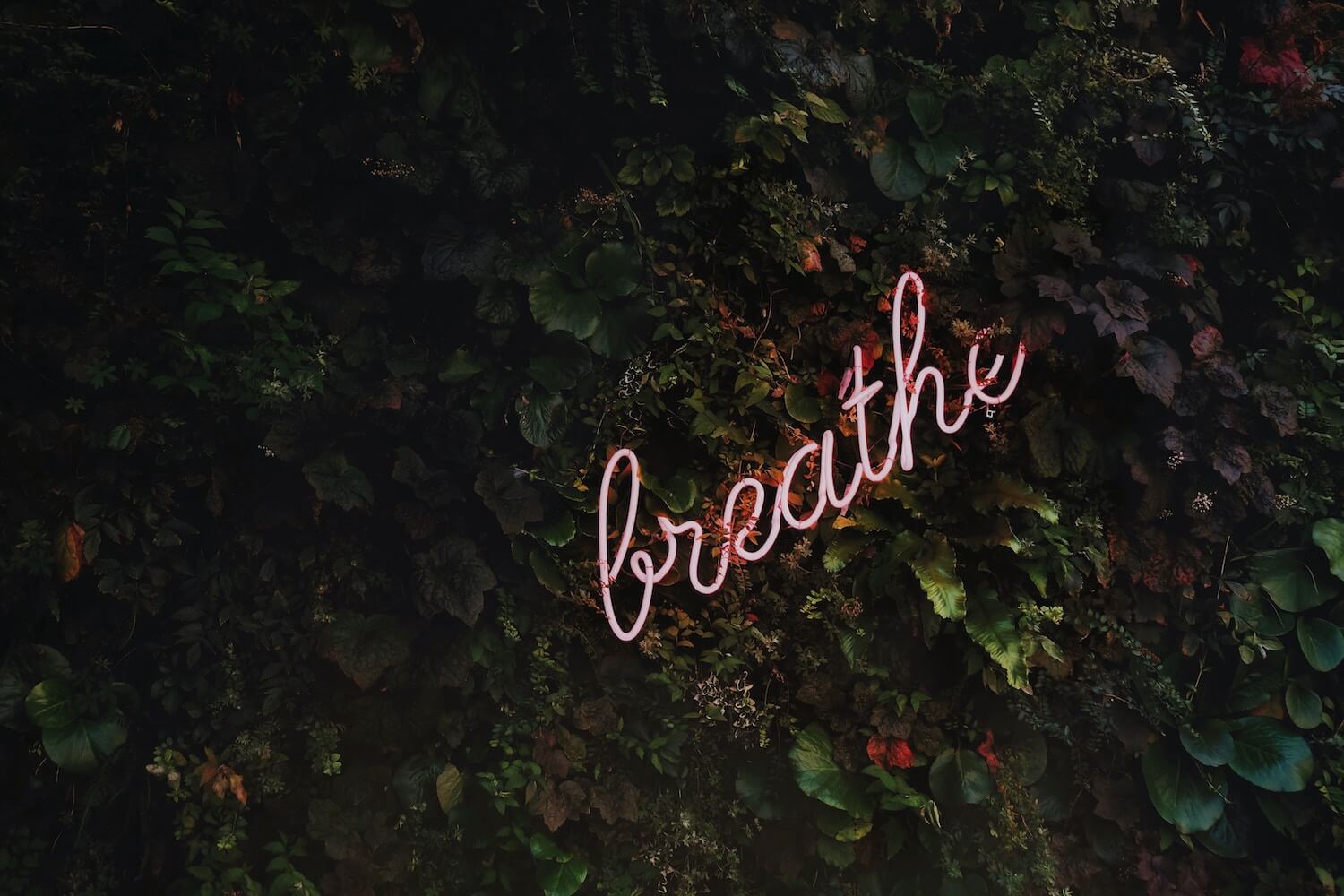 Your biggest problem is you think you shouldn’t have them.
– Tony Robbins

This year has been the best year of my life.

I quit my full time job, started running my online business full time, more than tripled my income, moved to Chicago, and got certified as a life coach. Not to mention, I’m obsessed with the community I’ve built online in the last year (and you– being a part of that!).

If you would’ve asked me a few years ago what my goals were, I would’ve told you, working for myself, running an online business, and living in a big city would be my dream.

And now I’m doing it.

But… it wasn’t easy. And I still have problems.

And I always will.

If you want to listen instead of read, here’s the podcast episode that goes along with this post — When It’s Hard And Problems Are Forever.

You will have problems forever.

The sooner you embrace this, the sooner you can get out of the “someday” trap, where you think that by achieving some goal or getting some thing over there, you’ll be happier.

I want you to think about why it’s so bad to have problems.

Have you considered that without any problems you wouldn’t know what it’s like to have good times and peace?

It’s problems that make up the contrast of your world (the good and the bad).

The key is to learn to embrace your problems.

You don’t have to add suffering onto your problems.

When you push against or ignore your problems, you’ll over-eat, over-drink, over-spend, over-work, over-Netflix, over-fill-in-the-blank.

Instead, what if you accepted your problems as part of the deal and experienced the negative emotion without resisting, reacting, or avoiding it?

When you accept the problem, you can find peace within it. Then, you can move forward.

On to the next part, which is that it’s supposed to be hard…

It’s Supposed To Be Hard

Life isn’t supposed to be easy and problem free.

How do we know? Because it never has been and never will be.

I don’t know anyone who says, “my life is super easy and always has been, and I don’t have any problems.”

Why is hard so bad? What if hard is good?

Without hard there is no easy.

Where we get into trouble is when we make hard mean something negative.

For example, if you are trying to make money online and you’re not making as much as you want yet, you might say, “this is so hard, so clearly I’m not cut out for it and I should just quit.”

This is making hard mean something negative about you and that you should quit.

What if you said, “this is hard, and I can do hard things.”?

I want to offer to you that you can decide something is hard and that you’re going to do it anyways.

Don’t you want to be the type of person who does hard things and says, “bring it on – I got this.”

When you say, “I just had a hard day,” you’re saying you’re weak. You’re indulging in self-pity.

Remember: nothing has meaning until you give it meaning.

If you want something and it’s hard, don’t make it being hard mean something about your ability to get the result you want.

It can be hard, and you can take massive action (enough action until you get the result you want). You don’t ever have to make something being hard mean anything about your ability to get what you want.

Starting A Business Is Hard

People email me all the time and say that starting a blog and turning it into an online business is so hard.

I didn’t go to law school and think it was going to be easy.

I went to law school, and I said, “this is going to be super hard, but you know what, I can do hard things. I’m going to give it my all.” I did this because I wanted to be a lawyer.

I think being a lawyer helped me so much more in this way than I’ve ever talked about before.

My threshold for doing hard things is so high because I got the shit kicked out of me in law school.

I literally studied in one spot for three months for 12 hours a day without doing anything else.

I know how to work.

Starting a business is like going to law school or med school.

This is what successful people do.

They don’t stop because it’s hard.

They know that they’ll have problems forever.

This couldn’t be further from the truth.

Unsuccessful people make failures, obstacles, and it being hard mean they should stop.

Successful people don’t do this. They fail, they have obstacles, and it’s really hard. But they keep going.

My Life Is Hard, And I Have Problems

I’ve done so much personal development work on myself in the last several years, and I’ve created my dream life.

I talk a lot about my successes online, but I don’t confuse accomplishing goals with feeling better or being happy.

I struggle. I have problems. When I’m trying to do something new and different, it’s really hard.

But I don’t make it mean anything about my goals or the path I’m on. I keep going.

Whenever I catch myself indulging in self-pity and feeling sorry for myself, I remind myself that this feeling is totally optional, and that I’m the one causing it—not something external to me.

I also know I’m as happy now as I ever will be.

With new goals and growth come new and different problems.

This is true for anything. At each goal you accomplish, you trade in one set of problems for a new set.

So, why set goals at all?

You’re going to have problems either way, so you might as well set and accomplish your goals just because you want to.

I refuse to ever let any of my failures, obstacles, or problems mean anything about me or my future.  I highly suggest doing the same! 🙂

It’s easy to identify a problem and come from scarcity (e.g.: fear, doubt).

For example, you might set a goal to start an online business and immediately feel doubt because you’re thinking there’s no way you can do it.

Instead, you can make a list of all the obstacles you’ll face with this goal and turn them into strategies.

This will give you a clear path to accomplish your goal.

You can use the very things you’re calling problems to come up with the solutions.

Set Goals For Fun – Not To Be Happier

When you think that setting goals will make you happier, you postpone your happiness.

And you never reach it.

I talk about the difference between success and happiness here.

You think that when you accomplish your goal, your problems will go away, and your life will be easy.

But that never happens.

You’ll accomplish your goal, and you’ll realize that you’re still the same person.

Happiness Is An Inside Job

Marketing and our beautiful capitalistic society will have you believing that you need all-the-things to be happy.

But the truth is that happiness is a feeling.

Your thoughts create your feelings. Therefore, what you think causes you to be happy (or unhappy). (More on how to increase your happiness here.)

If you’re in the habit of experiencing a certain emotion, it’s because you’ve memorized it and it’s become part of your personality.

But that doesn’t mean it’s caused by anything external.

You make you happy.

You can be a happy person who is working on a hard goal and has problems. Or, you can be a miserable person whose life is hard and problem-filled.

It’s your perspective that makes the difference.

When you understand this, you learn how to have inner peace and well-being despite doing hard things and having problems.

This is where the magic happens.

5 Steps To Make It Better

Even though problems are forever and life can be hard, I want to offer you a solution (sort of).

Here’s a 5 step process you can use that will lessen the gravity of whatever problem you’re having and make it easier.

1. List out the facts of what’s hard or what your problem is.

2. Write down what thought you’re having about the facts.

3. Name the feeling your thought is causing.

4. Decide if you want to continue to make the facts mean what you’re making them mean (and why).

5. Create a new meaning for the same facts that you believe.

When you become aware that your thoughts cause your feelings, you get your power back. Nothing in your circumstances has to change for you to make your life better. This is the magic of thought work. You have everything you need within you to feel better and experience life exactly how you want.

I used to think I would be happier when I accomplished my goals.

But really, it was the opposite.

When I became happier, I accomplished my goals.

When I stopped indulging in self-pity and the “poor me” attitude, my success skyrocketed.

Things are hard. I have problems and obstacles. I don’t ever expect that to change.

But there’s an inner joy that I have now that will be with me forever.

I’m ready for more growth, knowing that I’m as happy now as I ever will be.

There’s no place where you arrive without problems, so you might as well get your happy pants on and go for it—problems and all.

7 thoughts on “It’s Supposed To Be Hard, Problems Are Forever (And 5 Steps To Make It Better)”