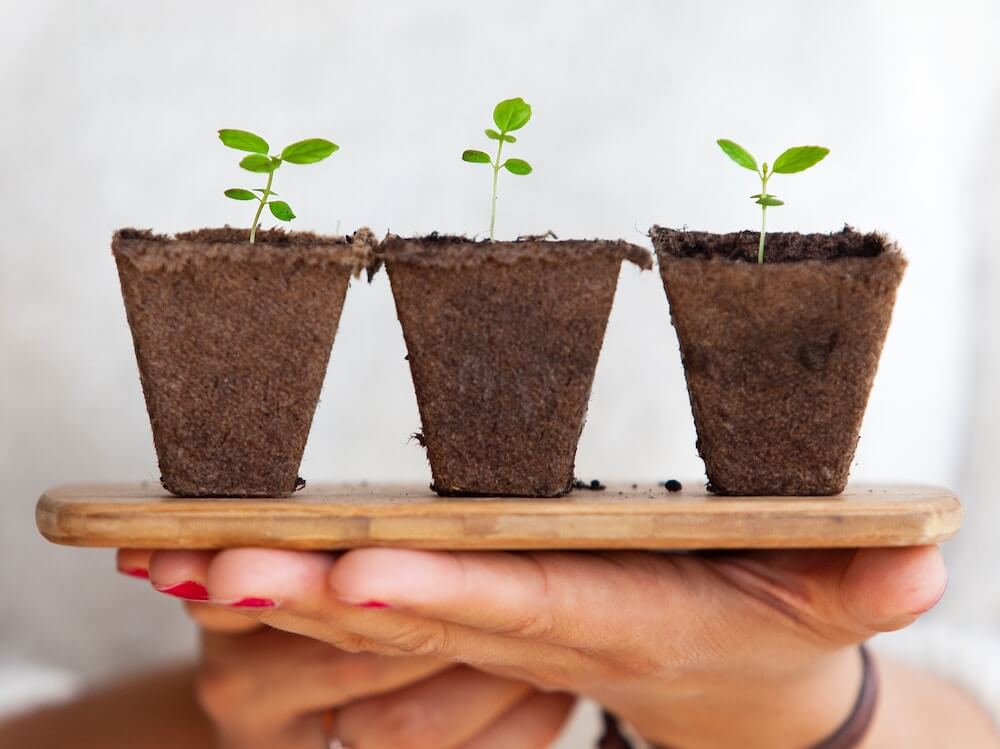 It is in your moments of decision that your destiny is shaped. – Tony Robbins

I always knew I wanted to be a lawyer.

I worked my whole life for it. I went into massive student loan debt for it.

Then I became a lawyer, and I quickly found out it sucked. Big time.

So, I quit practicing law.

I started another career from scratch and became a certified financial planner.

Then, I quit that career.

Now, I’m in my third career as a life coach and entrepreneur.

I couldn’t be happier with my work. I love it.

When I quit my first career, I had so much resistance and fear around the decision I worked my whole life toward that I really didn’t know if I could do it.

But I did it. And it drastically improved my life.

I share all this because of a realization I’ve had recently – decision making is a skill you can get really good at.

With decision making, you can design the life you want for your future.

Below is what I’m calling an ultimate guide to decision making, where I break down how you can become a ninja at decision making as well as a 9 step process, the best hacks, and amazing resources.

If there is any area in your life where you don’t have the results you want, use the guide below to help get them.

And with that, let’s get started…

If you want to listen instead of read, here’s the podcast episode that goes along with this post — Decision Making.

The 9 Step Process of Decision Making

The first part of making decisions is the technical part.

It’s the part where you actually go through a step by step process to make the decision you need to make.

You may think this is really just about choosing one choice over another, but there is more to it.

Here are the 9 steps I suggest you take for making better decisions and avoiding bad ones.

Step 1: Identify the decision and the end goal

For example, when I was thinking about my career change, the answers were:
• Decision: whether to quit practicing law
• End-goal: a fulfilling career

It’s super easy to sit in confusion and feel stuck in the drama, when there’s no need for that whatsoever.

Step 2: Give yourself a deadline to make the decision

Decisions aren’t made over time. Decision making isn’t a process.

A decision is made in an instant.

It’s a myth that you need to take your time to make a good decision. More time does not mean a better decision. Usually, it means you delay making the decision, which just leads to procrastinating and wasting time. You still end up making the decision in an instant, except now you’ve just wasted time.

All this is to say, give yourself a deadline for making your decision. Put a deadline on your calendar and stick to it – no matter what.

Just put a deadline on it and stick to it.

Usually, we only give ourselves two options. Do A or do B. Really, there are sooooo many options to consider.

Make a list of all the options you can think of.

Ask yourself this, “would you choose this now if there was no history bias?”

For example, if you’re deciding whether to leave your job, redecide if you would retake it.

This makes decision making much easier.

For me, I would never have re-taken the jobs I was considering leaving. It made it very clear that the right thing to do was leave. The only things “stopping me” were fear and doubt.

Step 4: Make a pros and cons list for each option

Really dig deep and list out all the positives and negatives you can think of for each option.

Step 5: Ask yourself these questions…

Some decisions have obvious answers and you just need to overcome your own fear and doubt.

Other decisions are more complex and you’re not as sure which choice to make. For these decisions, ask yourself the following questions.

• If you did know, what would the answer be?
• What is the best case scenario in both of your decisions?
• What is the worst case scenario in both of your decisions?
• What would you want to decide if it was 10 years from now and you were looking back?
• What if failing didn’t matter – would you do it?
• What if you reframe failure so that it doesn’t exist and that you’re either winning or learning?
• Ask your future self what to do!
• If you were 100 years old, reflecting back on your life, what would you have wanted your current decision to be?

Step 6: Choose among your options

Decide which choice you want to make.

Do not go back and rethink the decision.

The decision has been made.

Honor yourself and your decision.

Do not look back.

As soon as you make your decision, take action.

A decision really isn’t a decision until you take action.

Once you take action, the decision is real.

Once you have taken action and gotten more information, review your decision.

Do not go back into confusion or backtrack because you feel doubt. Instead, take massive action. Have your own back. ONLY review your decision once you’ve taken action.

We tend to take very small action, then backtrack as soon as the first signs of doubt creep in.

Rest assured if you’re trying to live out your dreams and make decisions from your future without having done so in your past, you are going to feel doubt and fear. Nothing has gone wrong. That’s just the way your brain works.

Review your decision only after you’ve taken massive action and gotten results.

After you’ve taken massive action to get a result based on your decision and you have new information, you can make a new decision.

Don’t view this as changing your mind. View it as remaking a decision based on new information. It’s a new choice for your future.

Always make new choices from your future, designing your life with intention.

It’s one thing to know what to do. It’s another thing to actually do it! #amiright

So, I’ve come up with super useful hacks that will help you become a decision making ninja. Because who doesn’t want that?!

It is not some God-given talent that people magically have. You can practice it and get better at it.

When you practice decision making, you move forward. You save time. You design life intentionally.

We spend so much time indulging in confusion.

It feels important to be confused. But it’s not. It doesn’t serve a higher purpose for you.

3. Fear and doubt do not mean stop or that something has gone wrong

Any time you make a rational decision, when you’re in a calm state, you do it from your prefrontal cortex.

You’ve done all the work to get yourself to make this decision and you finally make it. You feel great.

Then, you take the slightest bit of action.

Fear and doubt creep right in.

All the fear and doubt that come in after you make your decision is normal. This is your primitive brain trying to protect you (it’s the fight or flight response).

Your primitive brain is designed to keep you alive. The fight or flight response is super great for protecting you from physical harm. It’s always trying to protect you and keep you alive. The problem is that you experience the same fear and doubt when you go outside your comfort zone and try something new as you do when you are about to be physically attacked. Your brain doesn’t distinguish between the two. It’s all the same fear and doubt.

Your brain doesn’t know you don’t need protected from your goals. Fear and doubt do not mean stop. They don’t mean that anything has gone wrong. The reason you experience this is because your primitive brain wants to protect you. It knows how to do this by repeating the past – doing what it’s already done. It knows you’ll stay alive. It hasn’t evolved to know that you pursuing your goals isn’t a threat and isn’t going to kill you.

Fear and doubt mean nothing. Don’t give these feelings meaning. Don’t try to resist, avoid, or react to them either. Simply experience them as the feelings they are and move forward anyway with the decision.

I like to say “I see you fear. I see what you’re doing. I’m going to act anyway.”

Trust yourself and the decision you made and follow through despite the fear and doubt.

4. Taking longer to make a decision doesn’t mean it will be better

Decisions are made in an instant.

You always make the decision in one instant. Do not pretend that procrastinating and prolonging making the decision will make it better.

5. There are no right or wrong decisions

Instead of thinking that there are wrong decisions, think that all the decisions you make are the path of your life.

What makes something a wrong decision is simply you deciding it was wrong. So, don’t do that! 🙂

6. Making decisions propels you into action

As soon as you make a decision, you can start taking action.

When you start taking action, you are participating in the world and showing up. You will learn so much. You’ll learn what you like, what you don’t like, what works, and what doesn’t. You only figure this out through action.

7. You’ll grow and evolve the more decisive you are

The way that you grow and evolve is by making new decisions and taking action. When you repeat the past, you get more of the past.

You have to make decisions to move forward.

Decision making is key to your personal growth.

8. Do not change your mind

Once you’ve made a decision, stop.

Don’t change your mind or go back and revisit your options. This is the opposite of practicing being decisive.

Have your own back. Honor yourself and your commitments.

The only time you should change a decision is when you want to make a new decision down the road after you’ve taken massive action on your first decision and re-decided that you want to change course. This is very different than changing your mind before you’ve taken action, which you shouldn’t do.

3. Being Decisive by The Life Coach School (podcast episode)

4. The Decision Making Guide: How to Make Smart Decisions and Avoid Bad Ones by James Clear (blog post)

5. Why We Make Bad Decisions by Dan Gilbert (TED Talk)

6. How To Make Hard Choices by Ruth Chang (TED Talk)

Practice the skill of decision making.

The more you do, the easier it gets.

Your future – the life you want to live the most – depends on it.

4 thoughts on “The Ultimate Guide To Decision Making (A 9 Step Process, Killer Hacks, And Awesome Resources)”